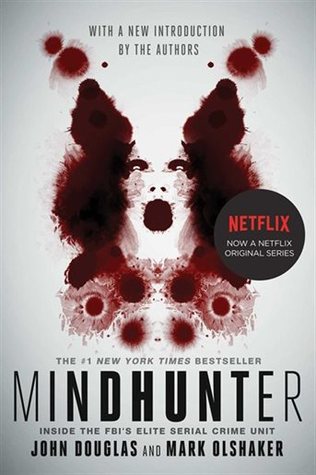 Summary (from Goodreads): FBI Special Agent and expert in criminal profiling and behavioural science, John Douglas, is a man who has looked evil in the eye and made a vocation of understanding it. Now retired, Douglas can let us inside the FBI elite serial crime unit and into the disturbed minds of some of the most savage serial killers in the world.

The man who was the inspiration for Special Agent Jack Crawford in The Silence of the Lambs and who lent the film’s makers his expertise explains how he invented and established the practice of criminal profiling; what it was like to submerge himself mentally in the world of serial killers to the point of ‘becoming’ both perpetrator and victim; and individual case histories including those of Jeffrey Dahmer, Charles Manson, Ted Bundy and the Atlanta child murders.

Book Beginning: “I must be in hell. It was the only logical explanation.” (pg. 1)

Page 56: “Arresting the bad guys was one thing, but soon I found myself becoming interested in the thought processes that went into the crime. Whenever I would arrest someone, I’d ask him questions, such as why he chose one back over another or what made him select this particular victim.” (pg. 56)

Thoughts: 2019 was the year of true crime. I got sucked in to a lot of podcasts and documentaries. One of the shows I watched was Mindhunter and when I saw that there was a book published I wanted to pick it up and give it a go. Based on the two snippets I added above I’m definitely interested in picking this up sooner rather than later.

What are you currently reading? Does this book sound interesting to you?