Posted on December 12, 2019 by Danica Christina 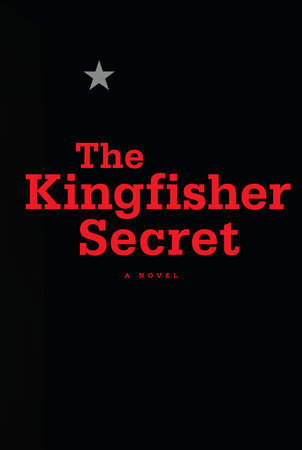 Summary (from Goodreads): Her code name is Kingfisher. Her mission: to seduce and marry a man of wealth and political influence. Now she must protect a terrifying secret.

October 2016: In America, the election is a few weeks away. Journalist Grace Elliott has just landed a scoop that she believes will make her career. A porn star is willing to talk about her affair with the man some hope and many fear will become the next president of the United States. But no one will touch it. Not even Grace’s boss, the right-wing publisher of America’s leading tabloid. Instead, Grace is sent to Europe where she discovers a story so big, so explosive that it could decide the American election and launch a new Cold War. As long as she can stay alive long enough to tell it.

Spies, murder, and one of the biggest conspiracies of our time lie at the heart of this immersive thriller.

Review: It says that this book is written by “Anonymous” to keep the identity of the author hidden as this is based on information provided in this book. I don’t know if that is a genius marketing idea or not. If I recall correctly, I believe I saw the author’s name published somewhere on review sites.

This took me a while to finish but from start to finish it was a pretty engaging read. This story centres around a Russian conspiracy and how it reflects the US election. Sound related to current day a bit? Is it true that the KGB had a school of young women who they would make wives of politically powerful men to ensure the desired outcome occurs years later?

I enjoyed that this story had a present day story line as well as one that occurred in the past. I especially liked getting to hear about Elena’s life and how her past effected who she is now. Some points felts unrealistic like when she was able to call her ex-husband while he was with his kids to get picked up at the airport as well as a sort-of insta love that occurred with her an the man that helps her in a foreign country.

This is probably one of the better political fiction books that I’ve read that hadn’t bored me to death with boredom with all the jargon. I hope this isn’t based on fact!

This entry was posted in book review and tagged anonymous, book review, fiction, the kingfisher secret, thriller. Bookmark the permalink.

1 Response to Book Review | The Kingfisher Secret by Anonymous