Posted on November 21, 2019 by Danica Christina 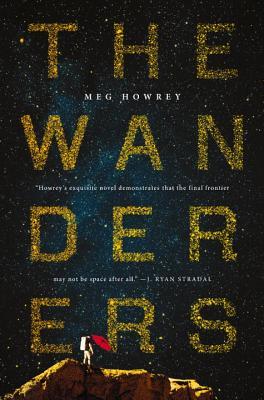 Summary (from Goodreads): In an age of space exploration, we search to find ourselves.

In four years Prime Space will put the first humans on Mars. Helen Kane, Yoshi Tanaka, and Sergei Kuznetsov must prove they’re the crew for the job by spending seventeen months in the most realistic simulation every created.

Retired from NASA, Helen had not trained for irrelevance. It is nobody’s fault that the best of her exists in space, but her daughter can’t help placing blame. The MarsNOW mission is Helen’s last chance to return to the only place she’s ever truly felt at home. For Yoshi, it’s an opportunity to prove himself worthy of the wife he has loved absolutely, if not quite rightly. Sergei is willing to spend seventeen months in a tin can if it means travelling to Mars. He will at least be tested past the point of exhaustion, and this is the example he will set for his sons.

As the days turn into months the line between what is real and unreal becomes blurred, and the astronauts learn that the complications of inner space are no less fraught than those of outer space. The Wanderers gets at the desire behind all exploration: the longing for discovery and the great search to understand the human heart.

Review: I really, really enjoyed this one! For those that are looking for a book that takes place in space, this is not it.

The Wanderers, follows three astronauts: Helen, Sergei and Yoshi as they train and take part in a 17-month simulation for a mission to Mars. As well as the astronauts, we also get the point of view of their family members (daughter, son, wife) of how they feel about this simulation and how they react to one another.

This is more a character driven novel than a plot-driven novel. It takes you into the psyche of all the characters. How each of the astronauts feel about training, being stuck with that cohort for the entire “mission”, imagining what their identity if they don’t get picked for the mission, and how they interact with family members inside and outside of the mission. You also get to see a glimpse of the lives of the astronauts family members to see how they handle being associated with famous names and how they also struggle to find their own identities.

I really liked the narrative and how the story slowly progressed and it kept me company on the train and an international flight. Based on Howrey’s writing I would pick up more of her books.

1 Response to Book Review | The Wanderers by Meg Howrey