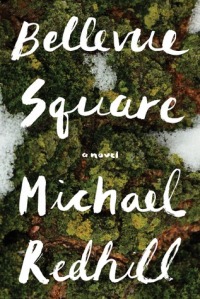 Summary (from Goodreads): From award-winning and bestselling author Michael Redhill comes a darkly comic literary thriller about a woman who fears for her sanity–and then her life–when she learns that her doppelganger has appeared in a local park.

Jean Mason has a doppelganger. At least, that’s what people tell her. Apparently it hangs out in Kensington Market, where it sometimes buys churros and shops for hats. Jean doesn’t rattle easy, not like she used to. She’s a grown woman with a husband and two kids, as well as a thriving business, and Toronto is a fresh start for the whole family. She certainly doesn’t want to get involved in anything dubious, but still . . . why would two different strangers swear up and down they’d just seen her–with shorter hair furthermore?

Jean’s curiosity quickly gets the better of her, and she visits the market, but sees no one who looks like her. The next day, she goes back to look again. And the day after that. Before she knows it, she’s spending an hour here, an afternoon there, watching, taking notes, obsessing and getting scared. With the aid of a small army of locals who hang around in the market’s only park, she expands her surveillance, making it known she’ll pay for information or sightings. A peculiar collection of drug addicts, scam artists, philanthropists, philosophers and vagrants–the regulars of Bellevue Square–are eager to contribute to Jean’s investigation. But when some of them start disappearing, it becomes apparent that her alleged double has a sinister agenda. Unless Jean stops her, she and everyone she cares about will face a fate stranger than death.

Review: This was the first book I’ve ever won in a Goodreads giveaway. What made it even sweeter was that this book was set in Toronto in a place that I have visited quite often and knew the lay of the land.

It begins with a regular customer of her store accusing her of just being in Kensington market like 5 minutes ago and confused at how she was now in the shop wearing a different outfit. Another character, Katarina, comes into the picture not long after and accuses her of the same thing. Both of these characters calling her Ingrid, however her name is Jean. This then leads her to sit in Bellevue Square and watch the park for hours a day trying to spot this doppleganger of hers. She pays the regular habitants of the park money to get her any information they can about this Ingrid woman.

And then the story takes a completely different turn and I can’t say much without spoiling the story for someone reading it for the first time. It is what I thought the story direction was going in but I didn’t expect what occurred. I am still a little confused about everything that happened and I am interested in reading other reviews to see what they made of the last third of this novel.