Ouf! It’s getting harder and harder to scout out what books people are reading on their commutes. It seems that everyone is ditching physical copies for kindles/kobos. I was lucky enough to spot 4 books this week and hoping to find more this upcoming week. Are people ditching physical copies because the kindles and kobos take up less space in their bags? I get that aspect but I personally think physical copies are much better (I totally own a kobo too). What do you guys think?

Here are the books I saw being read on the subway this week.
On Beauty by Zadie Smith 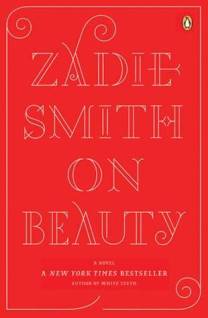 Howard Belsey is an Englishman abroad, an academic teaching in Wellington, a college town in New England. Married young, thirty years later he is struggling to revive his love for his African American wife Kiki. Meanwhile, his three teenage children— Jerome, Zora and Levi—are each seeking the passions, ideals and commitments that will guide them through their own lives.

“After Howard has a disastrous affair with a colleague, his sensitive older son, Jerome, escapes to England for the holidays. In London he defies everything the Belseys represent when he goes to work for Trinidadian right-wing academic and pundit, Monty Kipps. Taken in by the Kipps family for the summer, Jerome falls for Monty’s beautiful, capricious daughter, Victoria.” But this short-lived romance has long-lasting consequences, drawing these very different families into each other’s lives. As Kiki develops a friendship with Mrs. Kipps, and Howard and Monty do battle on different sides of the culture war, hot-headed Zora brings a handsome young man from the Boston streets into their midst whom she is determined to draw into the fold of the black middle class – but at what price? 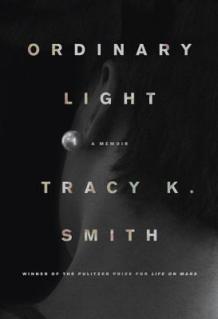 Goodreads | Amazon
From the Pulitzer Prize-winning poet: a deeply moving memoir that explores coming-of-age and the meaning of home against a complex backdrop of race, faith, and the unbreakable bond between a mother and daughter.

Tracy K. Smith had a fairly typical upbringing in suburban California: the youngest in a family of five children raised with limitless affection and a firm belief in God by a stay-at-home mother and an engineer father. But after spending a summer in Alabama at her grandmother’s home, she returns to California with a new sense of what it means for her to be black: from her mother’s memories of picking cotton as a girl in her father’s field for pennies a bushel, to her parents’ involvement in the Civil Rights movement. These dizzying juxtapositions–between her family’s past, her own comfortable present, and the promise of her future–will eventually compel her to act on her passions for love and “ecstatic possibility,” and her desire to become a writer. But when her mother is diagnosed with cancer, which she says is part of God’s plan, Tracy must learn a new way to love and look after someone whose beliefs she has outgrown. Written with a poet’s precision and economy, this gorgeous, probing kaleidoscope of self and family offers us a universal story of belonging and becoming, and the ways we find and lose ourselves amid the places we call home.

The People’s Advocate by Daniel Sheehan 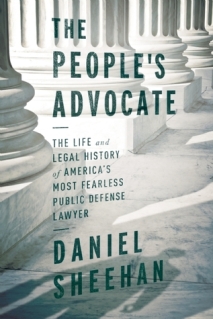 Goodreads | Amazon
The People’s Advocate is the autobiography of American Constitutional Trial Attorney Daniel Sheehan. Sheehan traces his personal journey from his working-class roots through Harvard Law School and his initial career in private practice. His early disenchantment led to his return for further study at Harvard Divinity School, and rethinking the nature of his career. Eventually his role as President and Chief Trial Counselor for the famous Washington, D.C.-based Christic Institute would help define his role as America’s preeminent cause lawyer.

In The People’s Advocate, Sheehan details “the inside story” of over a dozen historically significant American legal cases of the 20th Century, all of which he litigated. The remarkable cases covered in the book include both The Pentagon Papers Case in 1971 and The Watergate Burglary Case in 1973. In addition, Sheehan served as the Chief Attorney on The Karen Silkwood Case in 1976, which additionally revealed the C.I.A.’s Israeli Desk had been smuggling 98% bomb-grade plutonium to the State of Israel and to Iran. In 1984, he was the Chief Trial Counsel on The American Sanctuary Movement Case, establishing the right of American church workers to provide assistance to Central American political refugees fleeing Guatemalan and Salvadorian “death squads.” His involvement with the sanctuary movement ultimately led to Sheehan’s famous Iran/Contra Federal Civil Racketeering Case against the Reagan/Bush Administration, which he investigated, initiated, filed, and then litigated. The resulting “Iran/Contra Scandal” nearly brought down that Administration, leading Congress to consider the impeachment over a dozen of the top-ranking officials of the Reagan/Bush Administration.

The People’s Advocate is the “real story” of these and many other historic American cases, told from the unique point of view of a central lawyer.

The Ingenuity Gap by Thomas Homer-Dixon 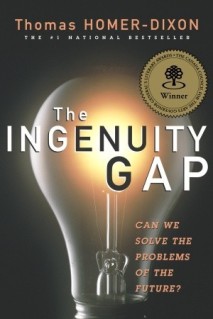 Goodreads | Amazon
Can we create ideas fast enough to solve the very problems — environmental, social, and technological — we’ve created? Homer-Dixon pinpoints the “ingenuity gap” as the critical problem we face today, and tackles it in a riveting, groundbreaking examination of a world that is rapidly exceeding our intellectual grasp.

In The Ingenuity Gap, Thomas Homer-Dixon, “global guru” (the Toronto Star), “genuine academic celebrity” (Saturday Night) and “one of Canada’s most talked about and controversial scholars” (Maclean’s) asks: is our world becoming too complex, too fast-paced to manage? The challenges facing us — ranging from international financial crises and global climate change to pandemics of tuberculosis and AIDS- converge, intertwine, and remain largely beyond our ken. Most of suspect the “experts don’t really know what’s going on; that as a species we’ve released forces that are neither managed nor manageable. We are fast approaching a time when we may no longer be able to control a world that increasingly exceeds our grasp. This is “the ingenuity gap” — the term coined by Thomas Homer-Dixon, political scientist and advisor to the White House — the critical gap between our need for practical, innovative ideas to solve complex problems and our actual supply of those ideas.

Through gripping narrative stories and incidents that exemplify his arguments, he takes us on a world tour that begins with a heartstopping description of the tragic crash of United Airlines Flight 232 from Denver to Chicago and includes Las Vegas in its desert, a wilderness beach in British Columbia, and his solitary search for a little girl in Patna, India. He shows how, in our complex world, while poor countries are particularly vulnerable to ingenuity gaps, our own rich countries are not immune, and we are caught dangerously between a soaring requirement for ingenuity and an increasingly uncertain supply. When the gap widens, political disintegration and violent upheaval can result, reaching into our own economies and daily lives in subtle ways. In compelling, lucid, prose, he makes real the problems we face and suggests how we might overcome them — in our own lives, our thing, our business and our societies

Have you read any of these? What have you been reading on transit? Comment below!

This entry was posted in book meme, ttc, what people are reading on the ttc. Bookmark the permalink.