Posted on February 27, 2016 by Danica Christina

Stacking The Shelves is all about sharing the books you are adding to your shelves, may it be physical or virtual. This means you can include books you buy in physical store or online, books you borrow from friends or the library, review books, gifts and of course ebooks! Click here to go to Tyngas blog.
I’m glad I came across this book meme because then I would not have discovered one of the books I will show you today. I saw it on everyone’s lists last week and knew I needed to find a way to get my hands on it.
***
NetGalley 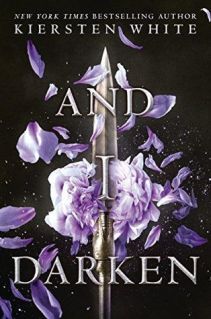 And I Darken by Kiersten White
Expected Publication: June 28th, 2016

This vividly rendered novel reads like HBO’s Game of Thrones . . . if it were set in the Ottoman Empire. Ambitious in scope and intimate in execution, the story’s atmospheric setting is rife with political intrigue, with a deftly plotted narrative driven by fiercely passionate characters. Fans of Victoria Aveyard’s THE RED QUEEN, Kristin Cashore’s GRACELING, and Sabaa Tahir’s AN EMBER IN THE ASHES won’t want to miss this visceral, immersive, and mesmerizing novel, the first in a trilogy.NO ONE EXPECTS A PRINCESS TO BE BRUTAL. And Lada Dragwlya likes it that way. Ever since she and her gentle younger brother, Radu, were wrenched from their homeland of Wallachia and abandoned by their father to be raised in the Ottoman courts, Lada has known that being ruthless is the key to survival. She and Radu are doomed to act as pawns in a vicious game, an unseen sword hovering over their every move. For the lineage that makes them special also makes them targets.

Lada despises the Ottomans and bides her time, planning her vengeance for the day when she can return to Wallachia and claim her birthright. Radu longs only for a place where he feels safe. And when they meet Mehmed, the defiant and lonely son of the sultan, who’s expected to rule a nation, Radu feels that he’s made a true friend—and Lada wonders if she’s finally found someone worthy of her passion.

But Mehmed is heir to the very empire that Lada has sworn to fight against—and that Radu now considers home. Together, Lada, Radu, and Mehmed form a toxic triangle that strains the bonds of love and loyalty to the breaking point.

From New York Times bestselling author Kiersten White comes the first book in a dark, sweeping new series in which heads will roll, bodies will be impaled . . . and hearts will be broken. 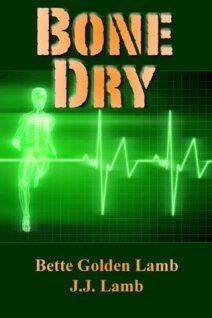 A NEW FEMALE SLEUTH YOU’LL LOVE—JUST DON’T MESS WITH HER!

“… a medical thriller not for the squeamish.” -Publishers Weekly

Meet Detective Nurse Gina Mazzio: She’s feisty, determined, tenacious, and all ballsy Italian ex-Bronxite. She might remind you a bit of Sandra Bullock when Sandra’s in FBI mode. Detective’s not her real title, RN is, though it might as well be Guardian Angel. Because you know how scary nurses can be; and how compassionate. Gina’s gone into investigative mode because her patients are in danger. And everyone at her fancy San Francisco hospital’s blowing it off like everything’s normal.

Carl Chapman, a young man with an excellent prognosis, has already died–and Gina knows he shouldn’t have. Another patient’s acting weird and desperate; a third, a teen-ager, has actually run away. Gina soon learns Carl’s cancer treatment’s gone missing, in fact finds out her patients are being subjected to a form of blackmail so diabolical Hanibal Lecter could have dreamed it up.

And murdered if they don’t pay up.

They’re blasted with chemotherapy and every other toxic poison available to save their lives. Most days they’re so run down they’re more dead than alive. But there’s one chance for survival—an experimental treatment. In turn, each will be infused with his or her own treated bone marrow – frozen, secure in the hospital’s storage vaults.

Only maybe not so secure. Because then comes the note: “We have your marrow…pay $50,000 or die now!”

Before it’s over, Gina will be stalked, threatened, and nearly killed. This is an action-packed but shocking, take-no-prisoners tale of medical suspense, definitely not for the faint-hearted. But fans of the more hard-boiled medical thrillers (and also of Patricia Cornwell) will eat it up! As well as lovers of, strong women sleuths, hospital mysteries, and all medical fiction, especially fans of Tess Gerritsen, Carolyn McCray, Eileen Dreyer, Lisa Genova, and Robin Cook.

***
I’m getting Repo Man vibes. I’ve never read a “Medical Thriller” before but I know it’s right up my alley as I’m studying a lot in the medical field in college.
***

What have you stacked on your shelves this week? Comment down below and I’ll check out your blog! I’ll be travelling away this weekend but will definitely comment when I’m back!

P.S. I made a book meme Dream Cast Thursdays! I would love if you could participate in it.

This entry was posted in book meme. Bookmark the permalink.

3 Responses to Stacking the Shelves | #4