Posted on November 17, 2014 by Danica Christina 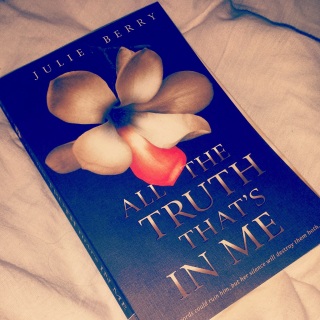 Published: September 26th, 2013
Publisher: Speak
Source: Purchased
“A distinctive novel that includes a powerful message about the value of women’s voices and what is lost when they are silenced.”
-The New York Times Book Review
Summary: Four years ago, Judith and her best friend disappeared from their small town of Roswell Station. Two years ago, only Judith returned, permanently mutilated, reviled and ignored by those who were once her friends and family.   Unable to speak, Judith lives like a ghost in her own home, silently pouring out her thoughts to the boy who’s owned her heart as long as she can remember–even if he doesn’t know it–her childhood friend, Lucas.   But when Roswell Station is attacked, long-buried secrets come to light, and Judith is forced to choose: continue to live in silence, or recover her voice, even if it means changing her world, and the lives around her, forever. [x]
Review: I picked this up on a whim to be part of a read-a-long with a Goodreads group in September but never got around to doing so. All I have to say is WOW. The New York Times Book Review quote I posted above nails it right on the head. I admit, the beginning was hard to get into. It starts off hard to figure out where the story is going as it is told through fragments of the narrator, Judith’s, memory.
The novel is set in this small pioneer/pilgrim town in the 30s. Judith is seen as an outcast. Her and her best friend disappeared for two years. Her friends body was found. Judith resurfaced. Everyone was begging to know what became of them but Judith could not answer them. Her tongue was cut out.
It was very interesting to see how she went about with her life. Very few people took notice of her but she took a lot of the world in. I loved Judith’s character and the relationship between her and Lucas.
Highly recommend!
Rating: 4.5/5 stars

This entry was posted in books, review. Bookmark the permalink.